The first and only Bass Guitar Shop in Rome!

The First Bass Shop in Rome

Visit us and play some basses.

You will find the highest quality bass guitars in our store. We are dealers for top manufacturers such as Mayones, Maruszczyk, Sadowsky, Sivcak and Dingwall.

We can help you with any special requests and custom orders based on your personal preferences.

We have the latest models of amplifiers such as Targus. Stop and try one.

United by their passion for music and the electric bass, Michele and Carmine decided to share their interest and give birth to their dream: a reference point for all bassists.
Thus was born Bass Domus, the home of the bass guitar. As welcoming as a Roman home, Bass Domus will delight and guide you to this wonderful world that is the electric bass. Here you can find everything you need for beginners, enthusiasts and professionals.

Your dream will come true! 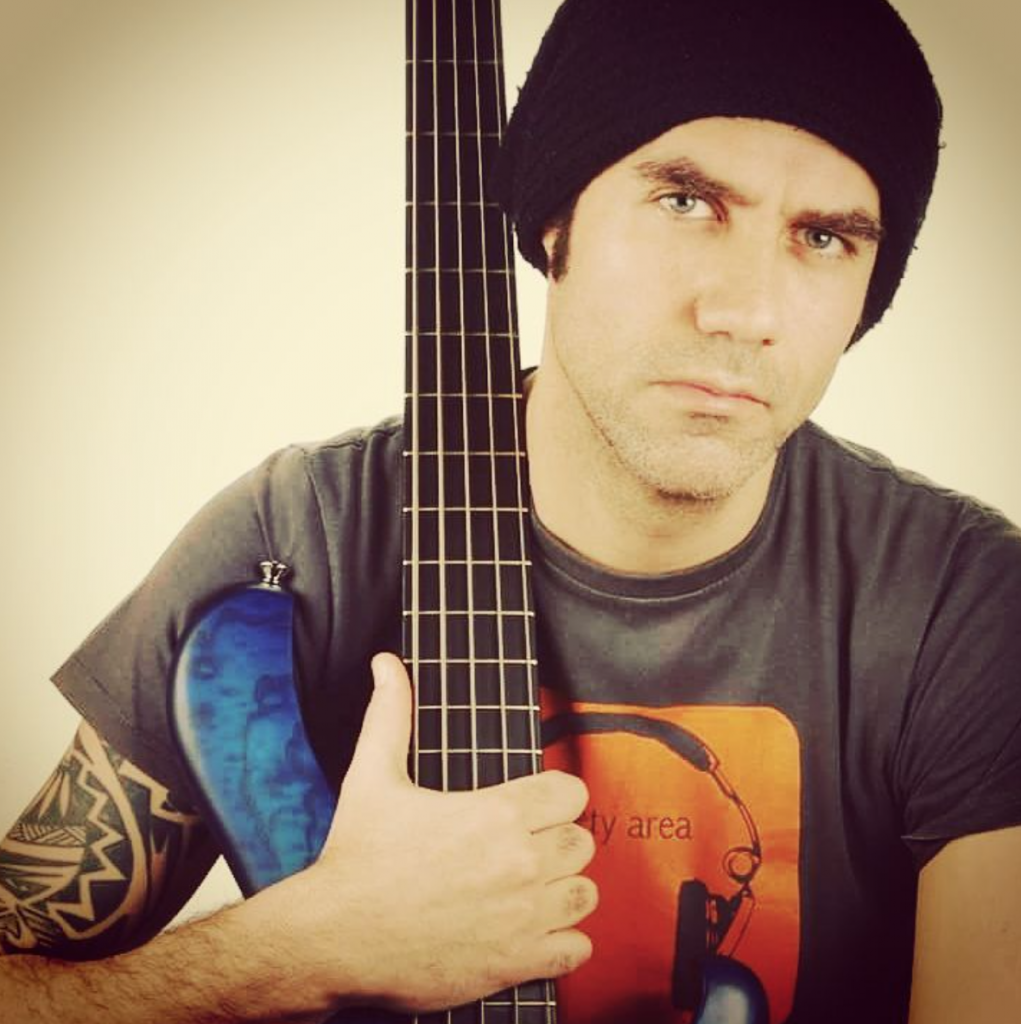 ,coA t the age of 7, my grandparents gave me an 80-bass accordion, and although I was taller than the average child my age, the size of both mine and his (the accordion) did not match.
Nonetheless, I was forced to study it just as later the two-bass organ, the famous Abruzzese “du bott,” was imposed by family tradition: all grandchildren, male and female, had to know how to put their hands on those damn keys and buttons.
In Molise and Abruzzo every time something is celebrated there is always an accordion or/and a middle accordion 😁
When I had had my fill of “accordion gone mad” and the dreaded “trill polka,” I decided that music was not for me and that all that enthusiasm around those instruments was definitely unfounded. A few years later they asked me to play bass, I didn’t even know what it was, they knew I played something, the bass was “simple” come on…I’m going!
I bought my first Lyon by Washburn with an included 20-watt amplifier, (can’t remember the brand) and showed up at the church oratory where the group was rehearsing.
I could only “play” one song, Smoke on the Water, but not the bass part, maybe, the guitar riff! Raise your hand if you started with the same 4 notes!😜
I bought the VHS of Iron Maiden’s Live at Donington and discovered that you could also play the other two strings besides E and A. Some time later I had a friend from Canada bring me some books, including the bass parts of the Black Album, adios, to this day I still dream of calling Jason my son.
I began a long metal period of love affairs, depressions, fights, very long hair and lows, lots of lows.
I used to invest all my earnings in basses and strings, at that time the costs of both were almost equal and I spent most of my afternoons in a musical instrument store in Termoli. The owner was a guitarist who had been to England and had a remarkable Trash Metal band, we ended up playing together for a few years and I learned “the trade.”
In the late 90’s in my area, the electric bass was still considered a guitar and very few people knew how to put two notes in a row. That’s why almost everyone started calling me, everyone who needed low frequencies and I didn’t disdain from anything. Today, I would be ashamed, but I knew that any situation, even the seemingly most lame one would give and teach me something, and so it was.
I was never a virtuoso on the instrument, but not because I wasn’t committed, I used to devote a lot of time to studying the bass, but I realized that I was always a little behind everyone I saw playing around, so I thought I would get serious and enrolled at UM, the legendary University of Music on Via Libetta in Rome.
I met crazy people, and incredible musicians like Andrea Avena and Gianfranco Gullotto, who even today when I think about it I get moved by how much greatness they exuded. I understood that they were serious about it. In the UM bass and drums section there were a whole series of badass musicians, one of them was Maestro Luca Pirozzi, who introduced me to the fretless bass; if I can recognize the notes on the bass neck on the fly I owe it mostly to him and his brain-busting exercises he used to give us to play, yeah!
I decided to study to become a teacher.
Although school is often all-consuming and forces you to be its own and no one else’s, at least if you think you want to do your craft excellently.  I managed to balance work, study for teaching, study for the instrument (I enrolled in Double Bass) and time to play with someone, otherwise what do you study for?
I carried this on for quite some time but I knew that I would soon run out of steam, that’s when I decided to devote myself to what I just loved: the electric bass.
“Bass Domus,” set up with my  friend Carmine, is the set of all those bricks made of hard work, disappointments, defeats and small achievements.
To finally realize our dream, however, we also need you. Come visit us, even if only for a chat or coffee, you will see that it will be worth it! 😉
Bass Domus

Small store and friendly staff. Unique and affordable tools, plus, you can even pay in installments. Highly recommended!!!

Always kind and helpful and always provided me with wonderful tools. Highly recommended!

I have always been treated divinely and I highly recommend it to everyone, because I think it is a real landmark. Realities like these absolutely must be sponsored and publicized. Kindness, great helpfulness and very high professionalism.

A reference point for all bass players.

Thus was born Bass Domus, the home of the bass guitar. As welcoming as a Roman home, Bass Domus will delight and guide you to this wonderful world that is the electric bass. Here you can find everything you need for beginners, enthusiasts and professionals. Your dream will come true!

NOTE: These settings will only apply to the browser and device you are currently using.